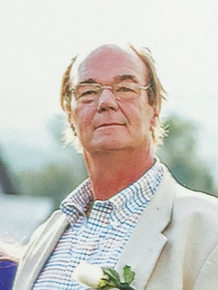 This week, to my great sadness, Doug Willey passed away.

At the time of his death, Mr. Willey was the chief public defender in the three counties of the Northeast Kingdom,  the region where I also practice law.  He was a tireless advocate for the most unpopular among us, those accused of crimes large and small.  He carried out his job with passion and conviction, but also with a healthy dose of realism. His sense of justice was profound and over the years, he and his right-hand investigator Chip Troiano have touched thousands of lives and played their role in forcing the State to prove its cases against the accused beyond a reasonable doubt, as all good criminal defense attorneys do.

He knew the ins and outs and complexities of the courts, corrections systems and  prosecutors, and  that knowledge was voluminous and sophisticated.  He was generous with his knowledge, sharing his information and experience with newer lawyers like me, and in any encounter with Doug, I could always count on a useful–and usually hilarious–insight.

I admired Doug for all these reasons, but there was more to it than that: I’ve always felt a special kinship with him, because he’d taken an unconventional path to the practice of law, similar to my own.  Like me, he never went to formal law school, instead reading, or apprenticing for the law under the Vermont’s Law Office Study program.

After serving in the Marine Corps, Doug made his living as a logger, woodsman and accomplished horseman, operating out of a cabin in Walden, Vermont.  He then made the leap to working as an assistant at one local firm, and then ultimately landed at Sleigh & Williams in St. Johnsbury, the same firm where about 15 years later, I would also do my Vermont law study clerkship.

By the time I got to my clerkship, Doug had already taken the bar exam, been admitted to practice, and moved on to manage the public defender system for the entire region.  In a geographically isolated area marked by high rates of poverty, joblessness, and substance abuse,  the public defender caseload is high and the challenges are many.  Doug handled it all with a dry wit and a steady temperament and he never sought publicity or the limelight for himself.    But in the courtroom and with prosecutors he pulled no punches.  He was the very first criminal defense attorney I saw in action out here in Essex County, as he  aggressively tried cases or negotiated fair plea deals as needed with our local State’s Attorney.

Most people remember seeing Doug in the Caledonia County Courthouse in St Johnsbury.  But for years, he was also a regular presence at our Essex County Court in Guildhall, often standing on the court house steps facing the Town Green, deep in conversation with clients or smoking a cigarette as he waited for a jury verdict or his turn in front of the judge.

I’ll never forget an encounter with Doug a few weeks after I’d passed the Vermont bar exam in the fall of 2011.   He stood in his usual spot on the courthouse steps as I walked by.  Outside the courtroom, Doug wasn’t one to talk much, but on this occasion, he waved and called out to me:  “I heard you passed that g__dd___m exam.”  When I confirmed I had, he asked “on the first try?”  and when I nodded happily, he said “smart girl,” stubbed out his cigarette and went inside.

One thought on “Doug Willey: Public Defender of the NEK”