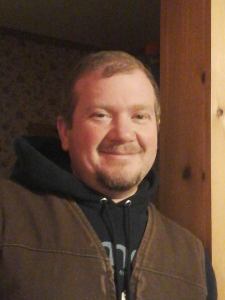 (This blog post is the first in a series covering issues and results of Town Meeting day here in Guildhall, Vermont)

There was only one contested race for town officials this year, for an open seat on our town’s Selectboard.   Voters chose between two names on the ballot,  Gary Brown and Tom Rogers, Sr.  Mr. Brown defeated Mr. Rogers handily and this was welcome news to me, since I had voted for and otherwise supported him.

Gary is one of my neighbors here in the village.  He doesn’t say a lot, but when he does, it counts for something. Most of us think of him as gentle and soft spoken,  but  beneath that demeanor is a person of character, conviction and when necessary, steely resolve.

The man  has an extremely strong sense of fair play and justice.  I’ll never forget a time, three years ago, when Gary stood up tall among the crowd at a meeting of the Guildhall School Board.  An unexpected  hush came over the room, because Gary wasn’t known for speaking up.  The fact that he stood to address the Board at all spoke  volumes in itself.  When he did speak, he demanded, respectfully, but passionately that School Board member Matt Smith resign.  A large crowd had come to the School Board meeting that night because we were troubled by Smith’s conduct on the board.    Many were outraged, but not everyone had the moxie to speak up.   Gary was one of them.
I was proud of him that night and I have come to know and appreciate him in countless other ways.  He quietly makes a difference in our town, mowing town property, doing snow removal, acting as the muncipal building and elementary school janitor,  maintaining our beloved historic cemeteries and serving on our town water commission, doing his part to make sure the system functions properly.  He’s a great person and I’m thrilled that we’ve elected him to the Selectboard.  Congratulations, Gary!