This weekend, my friend and neighbor Susan McVetty and I headed over to the Maple Festival in nearby Lunenburg, Vermont.  We each had a homemade pie in hand, baked that morning to enter into the maple pie contest, just one of the many events and exhibits in play.

The Festival was held at and around the Lunenburg Primary School and included detailed exhibits on the history of maple sugaring in Essex County–with vintage photographs of sugar houses and family sugar teams at work, displays of antique sugaring equipment, and a plethora of information about the local maple sugar industry.

In the cafeteria, there was a delicious-smelling pancake and egg breakfast served by town and school officials and students. 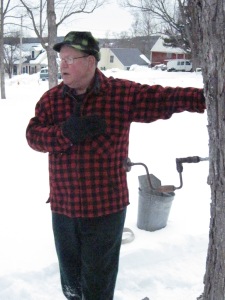 After dropping off our pies (mine was actually a tart!), we  walked out to the Lunenburg town common, which is still covered in over a foot of snow.  There, local forester Mac Dowling (pictured here) gave a brief presentation and demo on maple trees and how they are tapped.

Back at the school, the judges tasted and looked at all the pies.

There were three categories in competition:  maple cream/custard, maple nut, and maple with fruit of some kind.  In the end, the top overall vote-getter was a very appealing looking sweet potato-pecan maple pie.  (I will have to try this!)  And then Susan won in the maple cream category for her Black Pepper Maple Cream Pie.    I had made a Maple Nut Tart, which did not place–but I still love entering pie contests, even when I don’t win.

We then set out to one of the local Sugar Houses, LaBounty’s, on Pond Hill Rd.  As part of the Maple Festival, approximately 10 local maple producers had agreed in theory to hold open house, but as it happened, only 3 were actually open.  In fact, it hasn’t been the greatest year for maple sugaring in these parts, primarily because of our subzero temperatures extending into March.

It’s a struggle for agricultural producers to make it in this part of Vermont, where the market is not as robust as other regions.  In part, that’s why the USDA has recently specifically targeted local maple producers and given some substantial grants as part of the new Northeast Kingdom REAP (Rural Energy for America Program).  Learn more about these fantastic grants here!

Finally, here is an excellent video from PBS about French-Canadian maple syrup producers, called “From Tree to Pie:” 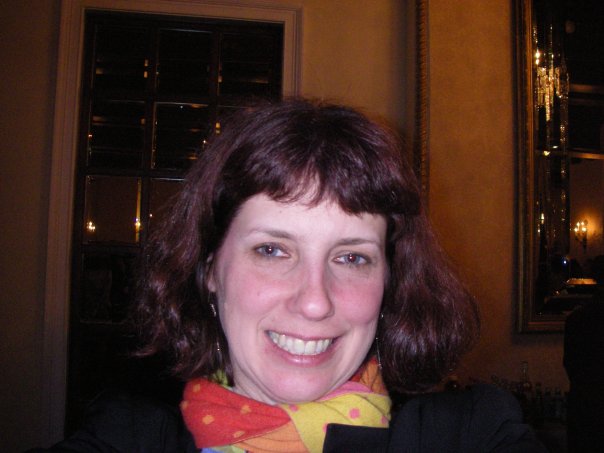