When I was 11-12 years old, my father (who I was still only visiting on weekends), took up with a 16 year old woman named Judith Wolfman. We called her Judy, and sometimes Jude. To this day, I don’t know that much about her background, except that she grew up in a relatively affluent Jewish family on Long Island and had two sisters, Laura and Deborah. Her father was a psychiatrist. She had dropped out of school and come to central and western Massachusetts where she hung around the margins of the local counterculture and music scene. We were only four years apart in age. (My dad was 33).

Judy was smart and educated, as much or more than my father. She knew a lot about film, literature and poetry. She was also well-versed in music and popular culture. She played the guitar reasonably well and knew things about pottery, sewing, and fashion. She kept a journal (which she occasionally showed me) and gave names to her house plants. Jude had a great sense of humour and easily made me laugh hysterically. To me, she was the epitome of sophistication, even though she was only four years older than I. 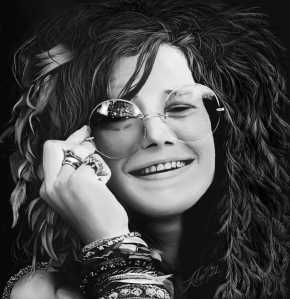 Jude was an enormous cultural influence on as I entered puberty and adolescence. With a few exceptions here and there, almost all the music on this playlist came directly from Judy. (The exceptions: by the time she came into our lives, I had already developed a Donovan obsession. And I had learned about Gladys Knight and the Pips from my classmates at Amherst Junior High).

Judy was just one of a string of my father’s women after my parents’ divorce. Like all his women, she didn’t stick around for that long. Sensibly, she left him after just two and a half years. (I’ve always been grateful to my dad’s various girlfriends and wives, at least the ones I knew about. Each and every one of them were strong, independent, interesting women and my father was only a temporary interlude before they moved on to much better things. All of them helped shape the person I am today, including being a feminist).