This Land is Your Land. This Town is Your Town.

“This Land is your Land.” Like many, I grew up hearing the tune as a bedtime lullabye. To me, it was a comforting, albeit kind of corny song about how nice it was to be an American. But as an adult, I learned it was the most patriotic song of all. It’s a simple, moving tune that has inspired people since the 1930s with the basic idea that this land belongs to us, that we are a democracy, that in America, we don’t allow people to hijack government for private advantage or financial gain.

The legendary Woody Guthrie song isn’t just about national politics. It also applies right here at home, in our towns. This land is our land; this town is our town. When our local government is threatened by those who may have misused their power or failed to live up to their responsibilities, we citizens have a responsibility to take it back. 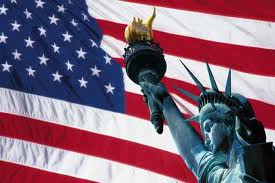 In Vermont, we’re now approaching the season for Annual Town and School District Meetings. All over the state, citizens prepare to elect local officials and debate local issues.

With Town Meeting on the horizon, here in Guildhall we face some serious problems. We urgently need to reclaim our Selectboard and School Board and make them accountable once again to citizens and voters.

Last year was especially troublesome on the School Board side. The Board and two of its individual members are now charged with breach of fiduciary duty and violating a Vermont conflict of interest statute. They may also have violated the Open Meeting Law. Citizens also took the serious step last fall of voting to revoke a controversial gifted and talented article which many felt may have been used to improperly benefit a Board member.

Our Selectboard, for its part, has degenerated into near-chaos this past year. Many questions have arisen as to possible conflict of interest in the awarding of contracts and independent contractor work, compliance with the open meeting law, the  filling of officer vacancies, and the ability of the Chair to conduct himself professionally at meetings. At a recent meeting, one well-spoken citizen said: “the way this meeting is run makes me afraid to say anything or voice any concerns at all.” When a citizen says that, you know something has gone badly awry, and it’s time for a change.

(Here’s a link to another, equally moving version of This Land is Your Land, Bruce Springsteen, 1985)

But we need not be discouraged. During the coming weeks, we citizens have the opportunity and indeed, the duty to rectify all this. We are Americans here in Guildhall. We will never accept the idea that one child or one family gets special or better treatment than other families simply because that child’s parent sits on the School Board.   We are Americans, and we will never accept that any of our Selectboard members might  give special favors or benefits based on friend or family connections.

We are Americans and we believe in fairness.

Let’s elect competent Selectboard and School Board members who will play by the rules and act in the best interests of the Town. Let’s elect those who will conduct themselves openly and transparently, make good faith efforts to become familiar with the basics of municipal government, behave professionally at meetings, and listen respectfully to constituents.

(Below is a link to another great version of This Land is Our Land, this time by Pete Seeger and an older Bruce Springsteen, at the 2009 inauguration of Barack Obama. You don’t have to be a Democrat, indeed you don’t have to be of any political persuasion to be moved by this amazing expression of patriotism.  I especially like seeing the great statue of Abraham Lincoln in the background.)

This spring, we can take back our School Board and our Selectboard. This land is our land. This town is our town.  Guildhall, Vermont, 2012.